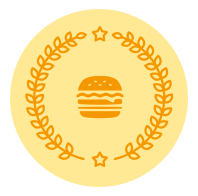 Very good burger, but would have liked more foie gras and truffle flavors.

Amazing that Andrew got us into a Michelin restaurant. 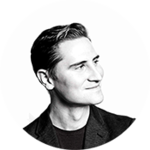 Sounds better than it tastes. The pitch is strong here, but the burger itself is lacking - the sirloin was not particularly tasteful, and the short rib was an inspired stuffing, but on its own didn’t hold much flavor. Foie grad was nice but only two bites worth. Couldn’t taste the truffle.

Bangin fries, and the venue made me feel fancy AF. But on the whole, it didn’t live up to the marketing.

Angela "Moons Over My Hamburger " S.

I don’t want to hate on this burger because it has foie gras AND short rib so you know they tried. Judging from the amount of 🤔 at the table I know I’m not the only one. The elements were there, why wasn’t it more flavorful? I liked the fries 🤔

This was a disappointment. The much-touted truffle and foie gras came in a mere dollup in the middle of the burger. The 2 bites that included those flavors were pretty tasty, and the texture was nice - but I wasn’t blown away.

Sadly, the outer 80% of the burger was less interesting. The beef itself seemed oddly flavorless, and a bit over cooked. The short ribs had a nice texture, but also lacked a rich flavor (a few punches of salt would’ve helped).

Loved the seasoning on the bun. If only the meat were seasoned as well...

I was very happy with the first few fries, but the majority of fries underneath were tepid and unseasoned. Maybe I got a bad batch - but at this price point, I shouldn’t get a bad batch.

A strange beast. Consistency = wiggly. The star ingredients... were they even there? The ultimate question that begs to be asked: at this price point, is it as good as minetta tavern? The answer is a resounding ‘No’. Also beers are like 14$.

I liked the meat a lot but couldn’t taste either the Fois Gras not the truffles. It was a high-quality but definitely overpriced burger. The fries and the bun were really good.

Burger did not deliver like I had hoped. Barely tasted truffle and foie gras. Not worth $35. However, fries were good!

I will try to rate everytime with a song, so here is my first one “The First Bite Was the Deepest”
But then, Where did my Foie Gras go? And Did anyone taste truffle? On the positive note, the texture of the meat was silky & I have never had that feeling/texture before, it was as if the meat was folded in itself , points for that. Overall good, did It drive me crazy? No

I was somewhat disappointed the brisket in the middle was dry and chewy I had expected more I did not taste any truffle on the fries I would say the Alice Burger at Chet’s Place is more satisfying for a whopping $4.50 fries extra......, 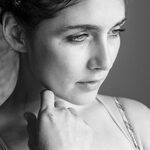 I stepped into this Burger Club session expecting to be wow'd with decadence, but unfortunately walked away having tasted a "meh" expensive burger. I did not taste truffle and the brisket sandwiched in the center overwhelmed the texture and taste, making it dry. Although the quality was not compromised, it was not the creamy, juicy sexy burger I was hoping to bite into.